You seem to be offline

Maps and views of the Gibraltar's region

Home/Antiques/Maps and views of the Gibraltar's region 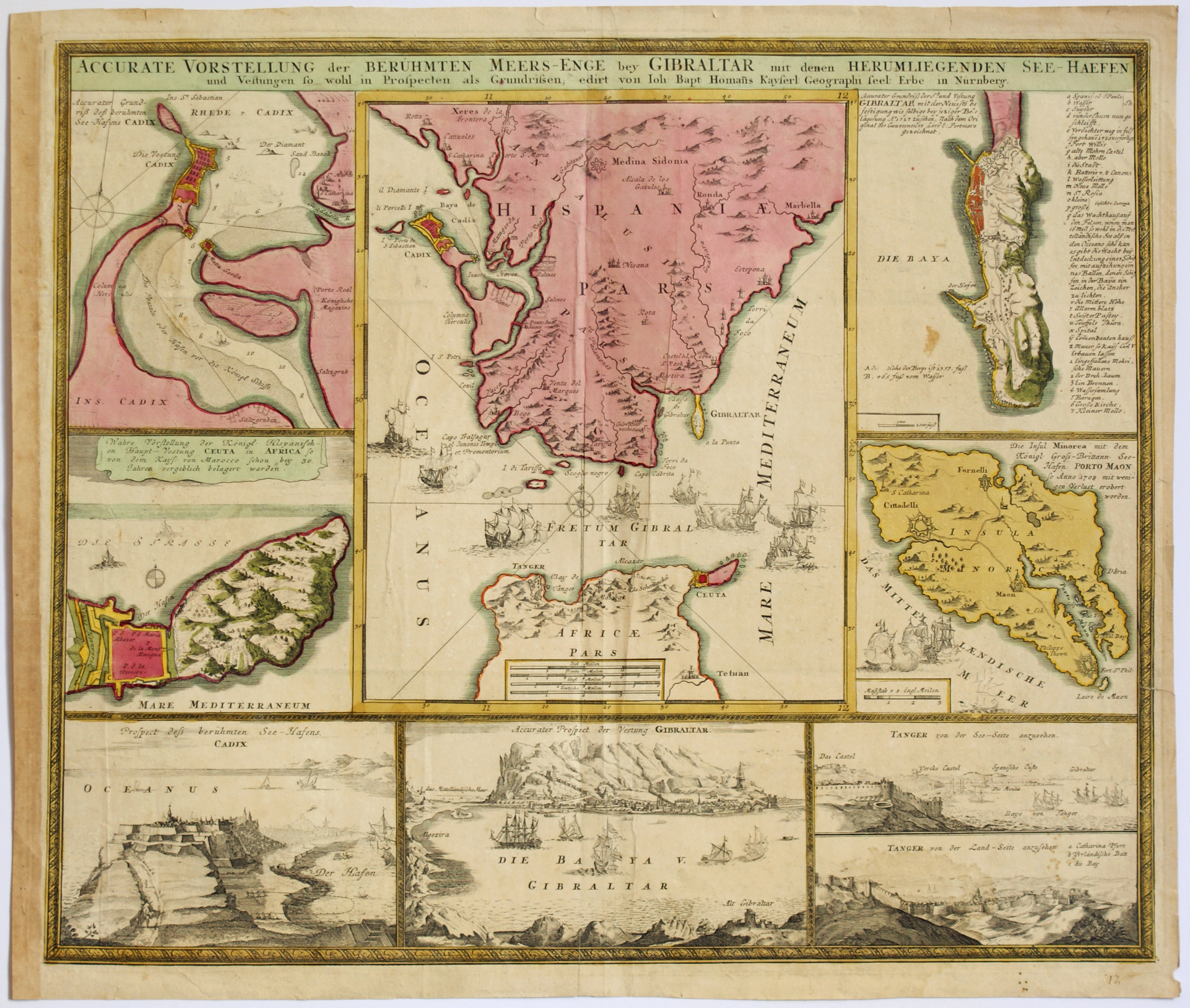 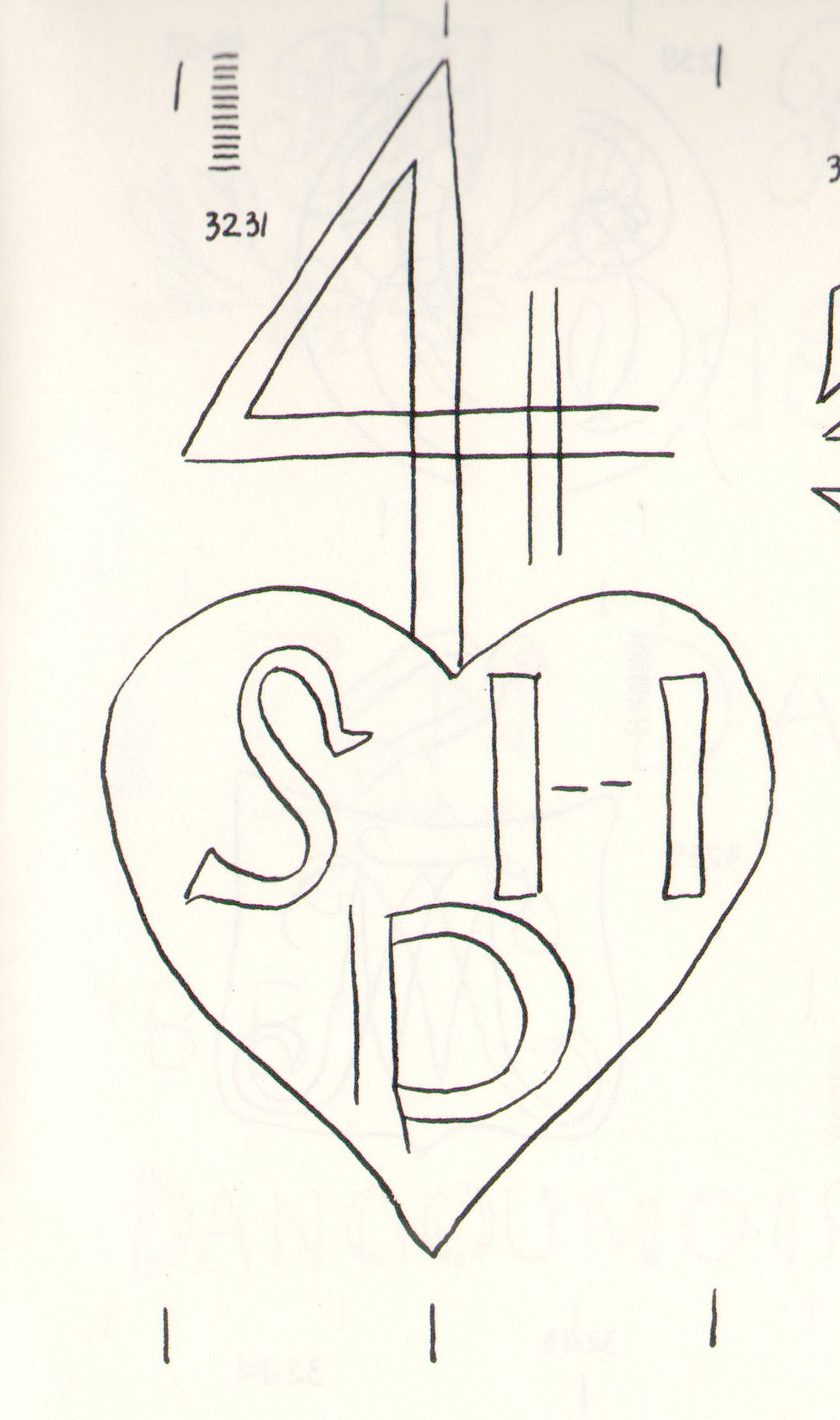 (Maps and views of the Gibraltar's region)

Beautiful engraving showing five maps and four town prospects of the south part of Spain with the island of Minorca, Ceuta, Cadix, Gibraltar and Tanger, from one of the various editions of the Homann's Atlases printed and published in Nuremberg during the first half of the XVIIIth century.

A very good example printed on laid paper with watermark “Monogram SHD in a Heart with 4 on the top” similar to Heawood 3231, relating to German paper production, especially of Nuremberg, of the first half of the Eighteenth Century, frequently found in Homann's Atlases, with small margins around the platemark, reinforced with old paper the left one, mild browning overall and minimal defects at the edges such as creases, small tears and spots, otherwise in very good condition.

Johann Baptist Homann was the progenitor of the most important family of cartographic publishers in eighteenth century Germany, from the headquarters of his company in Nuremberg he dominated the German cartographic publishing market spreading his Atlases throughout Europe.

Johann Baptist was a Member of the Berlin Prussian Academy of Sciences and in 1715 was appointed Imperial Geographer to the Austrian Emperor Charles VI; by the time he died in 1724, the company was taken over by his son Johann Christoph (1703 – 1730) and then by other descendants that changed the name on the prints in Homann Heirs.